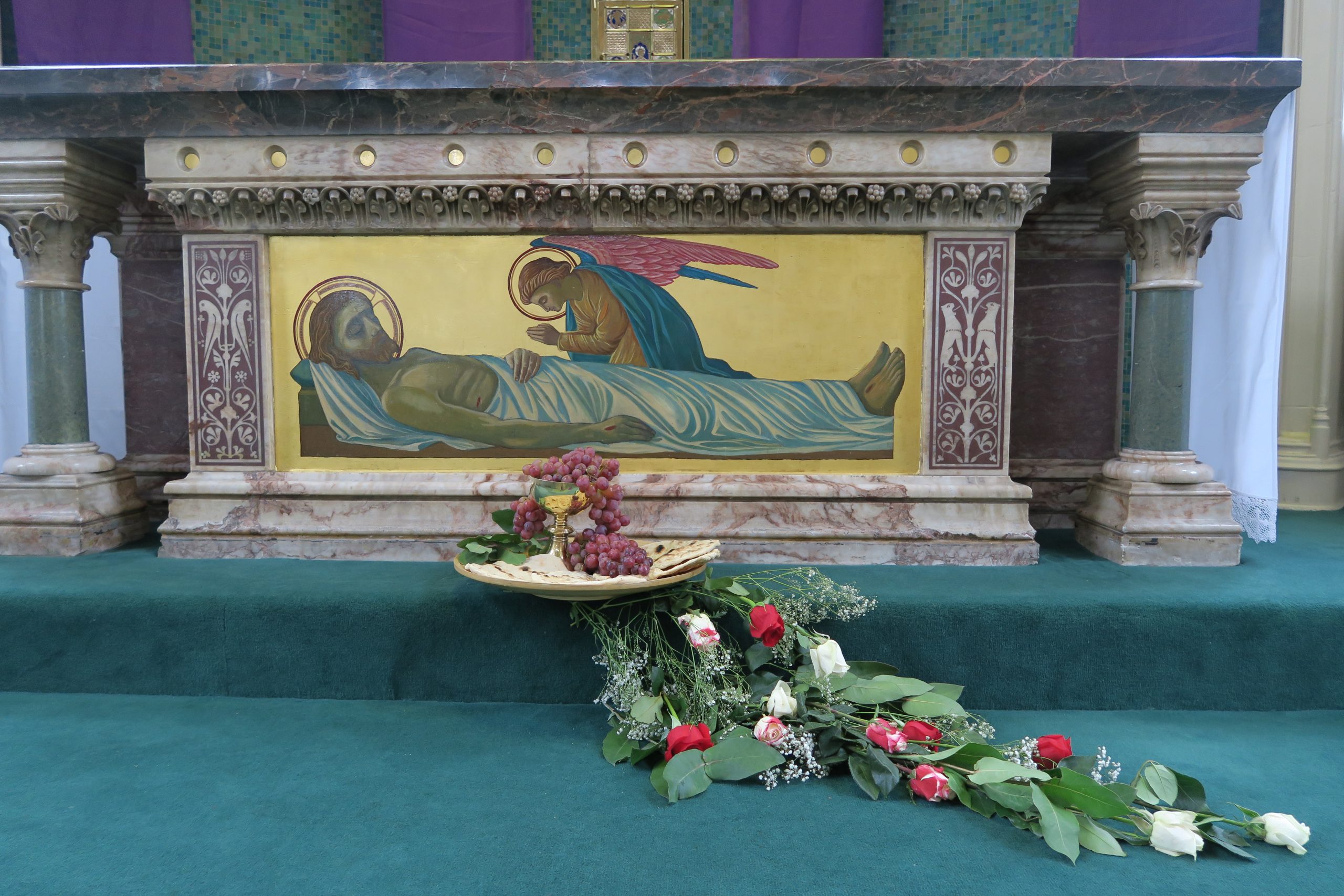 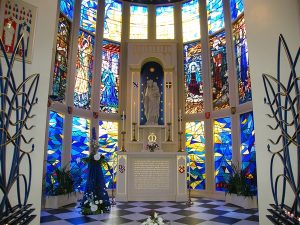 Shrine of Our Lady of Doncaster Today

In the medieval period the Shrine of Our Lady of Doncaster was one of the most famous Marion Shrines in England and was the most important Shrine dedicated to Our Lady in Yorkshire.

The Shrine was housed in the Carmelite Friary, founded 1350, whose founder was John of Gaunt and Royal Patron was King Richard II.

England was considered to be Our Lady’s Dowry and Shrines as Our Lady in Doncaster became a centre for veneration, devotion, Royal patronage and pilgrimage.

Henry IV, Edward IV and his brother Richard Duke of Gloucester received hospitality at the Friary. Henry VII heard mass before the Shrine in 1486 and his daughter Margaret Tudor stayed there in 1503.When Henry VIII announced the closure of the smaller monasteries the north rose up under the banner of the “Pilgrimage of Grace” and over 30,000 pilgrims marched as far as Doncaster. At the Carmelite Friary, Prior Cooke acted as mediator between the northerners and the Council for the King. Henry VIII broke his promise of compromise and the leaders and Prior Cooke were arrested and eventually executed. 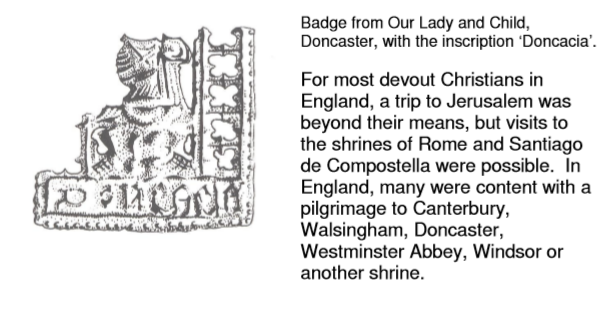 The Reputed Miracle
According to historic accounts a miracle may be attributed to the intercession of Our Lady following certain events in Doncaster in 1524.

On 15th July of that year William Nicholson was attempting to cross the River Don by means of the ford at ‘Seaforth’ with his iron framed wagon and six oxen and two horses. In the wagon was Robert Leche his wife and two children, (a seven year old and a baby of six months). The lead horse was mounted by Nicholson’s servant Richard Kitchen. They had made it past half way, but due to the wind and rain were driven downstream. Being forced from shallows of the ford the wagon was turned upside down in the swirling water, drowning the first horse.

All the passengers cried out to God and to The Blessed Virgin for help. Their particular devotion to Our Lady being fostered by the honour given to her through her Statue, housed in the Doncaster’s White Friars Priory. Each one of the stricken were praying at the top of their voices for Her aid. Meanwhile people on the banks of the River, seeing the drama unfold, knelt and prayed for Our Lady of Doncaster to show them a miracle. They believed their pleas had been heard when all were saved, including Mrs Leche who had been carried some 100 metres or more midstream in the continually rolling wagon.

To give thanks all the saved went to the Shrine at Whitefriars on the next St Mary Magdalene’s Day. (St Mary Magdalene’s being the main town centre church at the time). There they declared that their experiences constituted a gracious miracle and swore as much before the Prior and various witnesses.

Proceedings began to close all monasteries and all noted Shrines, including Our Lady of Doncaster were destroyed. The Friary was dissolved on 13th November 1538 and the site was sold. The buildings were demolished and the town’s Mansion House now stands on part of the site covered by the Friary.

350 years after the removal of the original medieval statue of Our Lady of Doncaster, a new Shrine was established in 1868 in the new Catholic Church dedicated to St. Peter in Chains. The free-standing statue was carved by Phyffers of London, and is a superb example of the Victorian Gothic style.

This was the first Shrine dedicated to Our Lady to be re-established since the Reformation in an English town where Marion connections had existed in the medieval period.

In 1973 a new Catholic Church to St. Peter in Chains was consecrated by Cardinal Heenan, Archbishop of Westminster and a circular chapel was created for the Shrine of Our Lady of Doncaster. Although a timber surround was constructed around the original statue and six stained glass windows were installed the Shrine was still unfinished until 2005 when past Parish Priest Fr. Augustine O’Reilly commissioned the re-ordering of the Shrine.

The reordered Shrine was rededicated during the 140th Anniversary year of the re-establishment of the Shrine of Our Lady of Doncaster by the Rt. Rev. John Rawsthorne, Bishop of Hallam on 13th November 2008. 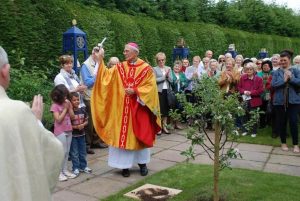 Having formally opened Our Lady’s Garden, Bishop John gives it his Blessing